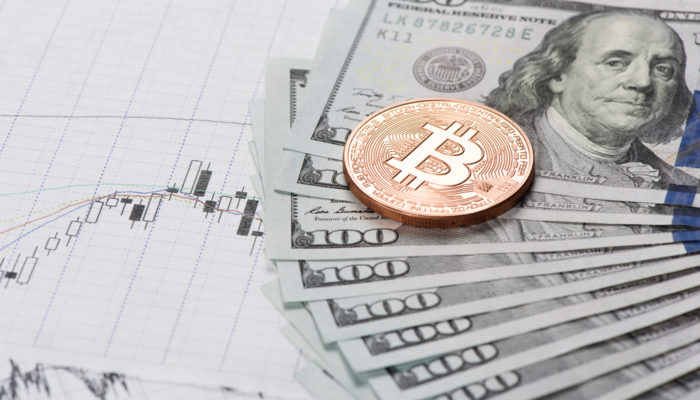 Although the crypto markets are currently caught in a bout of sideways trading, many analysts and investors are closely watching some newly formed technical levels for insight into where Bitcoin (BTC) is heading next.

While looking through a long-term lens, however, the recent price gains the markets have incurred will (hopefully) be a drop in the bucket, and one prominent venture capitalist now thinks Bitcoin alone will be worth $1 trillion during the next bull run.

At the time of writing, Bitcoin’s market capitalization is roughly $93.4 billion, accounting for 52.8% of the aggregated crypto market’s total capitalization.

At the height of the late-2017 bull run, BTC’s market cap hit highs of $327 billion, nearly one-third of the coveted $1 trillion level that would be a monumental milestone for the cryptocurrency – if it were ever to be reached.

Chris Burniske, a venture capitalist and partner at Placeholder VC, spoke about the likelihood of BTC’s market cap hitting $1 trillion in a recent tweet, explaining that he believes it is a real possibility.

If this were to happen during the next bull run, Bitcoin’s price would have to surge to over $50,000 per BTC – a possibility that many analysts think is highly probable.

Could Retirees Be the Unlikely Group that Pushes BTC’s Market Cap to Over $1 Trillion?

Although most investors and analysts are looking towards institutional and corporate investors as the groups that have the ability to push the crypto markets to stratospheric prices, retirees in the United States may be an unlikely suspect that could have a huge impact on the markets.

A recently conducted survey found that nearly 90% of retirees over age 50 in the US either don’t know what Bitcoin is, or aren’t interested in learning more about the nascent technology.

This lack of interest amongst a group that controls a significant amount of US wealth likely stems from the technological complexity surrounding both the technology itself, and the methodological requirements for acquiring it.

Despite this, the advent of regulated and easy-to-use crypto exchanges, in combination with growing involvement in the industry from US regulatory authorities, may lead more retirees to direct a portion of their wealth into the crypto markets, which may act as fuel for the crypto market’s next parabolic price surge.

According to the official news, the Rugby League World...
News

Ever since the crypto industry really came into its...
News

In a move that will excite crypto enthusiasts, IllumiShare...