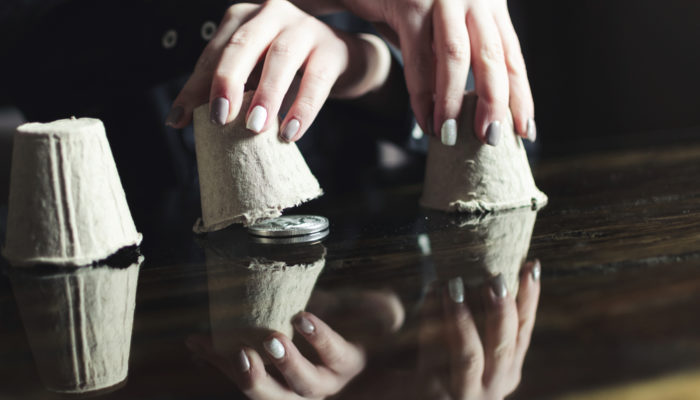 A Bitcoin scam that has been tried many times over the last few years appears to be having a lot of success in the Netherlands. It has so far, it is believed to have racked up at least $1.92 million since the start of 2018.

The premise is simple. Create a legitimate looking crypto investment platform website, claim huge returns on investments, and advertise it will a celebrity’s image. Easy.

There have been loads of examples of the “fraudulent celebrity” scam in the Bitcoin and crypto space over the years. There are fake accounts all over Twitter offering to send the most naive of the platform’s users digital currency if the follower first makes a small deposit with them.

The problem got so rife last year that many prominent figures in the industry changed their handles to categorically state that there would never give away free crypto. In fact, two crypto reporters even penned an article for Bloomberg denouncing their fake accounts and stating that they were nothing to do with the dishonest use of their names.

A not-all-too-dissimilar scam is currently plaguing the Netherlands. According to a report in domestic news publication NL Times, this version involves pop-up online advertising promising sensational returns on investments. Fake testimonials are provided by celebrities along with an image of them. For the unsuspecting victim, this gives legitimacy to the platform.

The Dutch Fraud Desk states that it has received complaints relating to five Bitcoin investment schemes. Together, they have managed to defraud investors out of 1.7 million euros (about $1.92 million). It is not currently clear if the five are operated independently or not.

Dutch celebrities featured in the fraudulent advertisements include internet entrepreneur Alexander Klöpping, media tycoon John de Mol Jr., pop star Waylon, and TV presenter Humberto Tan. The Bitcoin investment ads have been reported on social media platforms such as Facebook and Instagram. The following is example of the kind of marketing tactics used:

“The most recent investment of Alexander Klopping is terrifying big banks.”

According to Fraud Desk representative Andre Vermeulen, reports involving crypto investment platform advertisements featuring celebrities without their permission occur on a daily basis. He went on to state:

“If you realise fairly quickly, the damage is limited, but sometimes people are tempted to invest thousands of euros.”

NewsBTC has previously reported on the same scheme being attempted in the UK and Ireland using the image of members of the panel of investors from the series Dragon’s Den. Likewise, The Apprentice’s resident tycoon Lord Alan Sugar was targeted. He responded:

Given the hype that surrounds cryptocurrency as an investment opportunity, the “get-rich-quick” mentality that often accompanies it, and the incredibly low cost of running such a scam, it is hardly surprising that there have been so many versions of it attempted.

The sum of money reported by the Dutch Fraud Desk highlights that it is extremely successful too. To our knowledge, this is the first time any figures have been associated with any such fake celebrity Bitcoin-focused scam.

According to the official news, the Rugby League World...
News

Ever since the crypto industry really came into its...
News

In a move that will excite crypto enthusiasts, IllumiShare...